The Amazon Fires: Why They Are Happening And What We Can Do About It.

With different crises being thrown at us in the news every day, it’s understandable that some of us forget the severity of these emergencies as we flip our focus on to the next big thing. It’s hard to stay on top of the news between all the Brexit uncertainties and Extinction Rebellion’s (necessary/or not, up to you!) disruption. However, I’d like to bring our attention back to something everyone was talking about in August, but seemingly forgot about: the Amazon rainforest is (still) on fire!

Yes, the Amazon is far away from the UK, it’s so massive it almost hurts to think about and it’s difficult to not feel helpless about it all. However, we’re not trying to create a sense of hopelessness here. Simply, we want to unpack why the fires are especially bad this year, how we can help as individuals, and what some forward-thinking brands and initiatives are doing about it. We face a vast array of problems, but with problems comes innovation and inspiration.

Before we go on to answering those questions, let’s just do a little recap of what the forest fire situation is right now…

But why is this all happening?

Firstly, it’s important to start by understanding that the current period between August and October is known as the “season of the queimada” when farmers use fire to burn old vegetation and prepare their land for the next season. Usually, IBAMA (Brazil’s environmental agency) will oversee the rainforest to make sure all land clearing is legal and authorised.

However, this year things are a bit different with Brazil’s new president, Bolsonaro. The mix between his extreme climate change denialism, funding cuts to IBAMA by 25%, and his desire to give economic opportunities to the Amazon’s people has meant that these fires have gone unchecked.

With less policing capacity from IBAMA, it is very difficult to catch and stop the increased illegal logging, farming, and mining by farmers (who are poor, not villains), and criminal gangs. Furthermore, despite it being the season of queimada, aerial photos demonstrated that it wasn’t only old vegetation being burned but untouched forest.

So why are they clearing land in the first place?

The US-China trade war has seen China retaliate against US tariffs by placing a 25% duty on US-grown soybeans. This has massively benefited Brazil, which has now taken the US’s spot as China’s top soybean exporter.

Soy is an interesting case because our global economy demands soybeans not for human consumption, but rather, for animal feed. In fact, 80% of the soy deriving from the Amazon is used as animal feed. This is a great example of why the transparency of every step in a product’s supply chain is so important. If we look at China, the world’s largest pork producer, it’s one thing to inquire about the quality of life of the pigs and the environmental impact of their production and transport. However, if we really want the full sustainability status of the pork, we have to look even further down the supply chain. Then we can see that that those pigs’ feed has been fuelling the fire in the Amazon, and even more so now considering the trade war.

Brazil is the largest producer and exporter of beef in the world, with 50% of livestock reared in fields that were previously rainforest. According to Chain Reaction Research, 80% of deforestation in the Amazon forest (fires aside) can be attributed to cattle farming.

The largest Brazilian beef exporters are JBS, Minerva, and Marfrig, each of which has been accused of being complicit in deforestation. Considering the EU’s external tariff policy, most Brazilian beef is not sold in the UK. However, corned beef is exempt from the tariff and the corned beef produced by these three aforementioned exporters can be found in Sainsbury’s, Morrisons, Aldi, Lidl, Coop, and Asda.

80% of Brazilian leather is exported around the world, mostly to be used in furniture and car seats, although 20% is used in shoes. This is where things get a little more complex, albeit evident that we should be asking where our products are coming from #wherefrom.

There are 15 European and US firms, including BMW, IKEA, and Adidas, that have the opportunity to reduce the leather-related deforestation risks considering the vast amount of Amazonian leather they utilise in their products. The interesting part is that they don’t actually source directly from leather vendors in Brazil. Instead, they manufacture their couches, car seats, shoes and other products in China; the largest importer of Brazilian leather (and beef).

Ok, I promised that this article wasn’t going to focus only on the doom and gloom, so let’s get positive.

What can we do about it?

Here is a list of NGOs that you can donate to. Contrary to Bolsonaro’s boisterous claims, they are not causing the deforestation and fires:

You could sign Greenpeace’s petition asking the UK to suspend trade talks with Brazil until the fires are out.

You could sign another Greenpeace petition for McDonald’s, KFC and Burger King: “Take a stand against President Bolsonaro’s Amazon destruction. Stop sourcing soya and meat from Brazil until the Amazon and its people are protected.”

You could boycott products produced in the Amazon, starting with the products of those 15 companies previously mentioned, corned beef, and Chinese pork.

You could use Ecosia as your search engine as it plants a tree for every 45 searches you make.

Now for the inspiration ;)

I’m certain that the Amazon fires — why they’re happening and what you can do about it — has been rammed down your throat by now (have you checked Leo Decaprio’s insta account??).

What I’m really excited to show you is an innovative brand doing their bit to directly decrease deforestation in the Amazon and a not-so-innovative, yet surprisingly banned, legislative proposition for the UK with the power to indirectly reduce soy demand in the Amazon.

VEJA is a French shoe-maker that sources most of its raw materials from Brazil and even manufactures there. One of the raw materials it uses for the soles of their shoes is wild rubber.

Wild rubber from Hevea trees can only be found in the Amazon and has been traditionally collected by wild rubber tappers called seringeiros. VEJA sources directly from these seringeiros in the Brazilian Amazon. These wild rubber tappers thought that their trade was dying since Hevea trees, and others, were being cut down to clear land for agriculture. However, with VEJA sourcing from them, they are able to protect the forest by sustainably extracting rubber from the trees and thus preventing deforestation for agriculture.

On top of that, VEJA buys for a higher price than the market price, has added a premium cost per kilo of rubber specifically for protecting the forest, and collaborates with local stakeholders ensuring the livelihoods of the 120 seringeiros families in their supply chain. Check out VEJA’s other sustainability and supply chain initiatives here.

The Pig Idea is Feedback’s legislative recommendation to the UK government to feed pigs and chickens the UK’s catering food waste (which currently accounts for 20% of the UK’s annual 12.7mn tonnes of food waste) instead of feeding them soy. Doing this could give us the opportunity to reduce the soy expansion in the Amazon, thereby reducing demand for up to 268,000 hectares of soybean production.

As a result of a foot and mouth outbreak in 2001, the UK banned feeding food waste to pigs due to the difficulty of enforcing the treatment of such waste. However, Feedback has done considerable research, in partnership with relevant stakeholders to review how they could treat the waste so that the livestock is safe for end-consumers to eat.

The Pig Idea could not only indirectly reduce deforestation linked to soybean production for animal feed, but it could also directly reduce the food waste that the UK produces. That sounds like a win-win, right? Support Feedback’s campaign here. Also, if you’re a food business, they have a prototype web app to help you determine whether your surplus food is suitable for animal feed, as well as to help navigate the relevant legislation.

The Amazon fires affect us all, whether we actually live there or not. Our climate resilience is at stake and most of this is sparked by politics and our global economic and production systems. We need to continuously ask ourselves why these things happen and what we can do about them. We need to look deep into the supply chains of the products that we buy in order to understand how we, as consumers, indirectly contribute to these environmental tragedies.

We need to continue pressuring these larger brands — which have made us unknowingly and unwillingly culpable — to better manage their supply chains. We need to celebrate those brands, initiatives, and civil societies that are trying to instigate a positive paradigm shift in the way that we produce our goods and understand raw materials.

Vote with your wallet. It’s a powerful change-maker.

The Environmental Impact of Wine: From Viticulture to Consumption 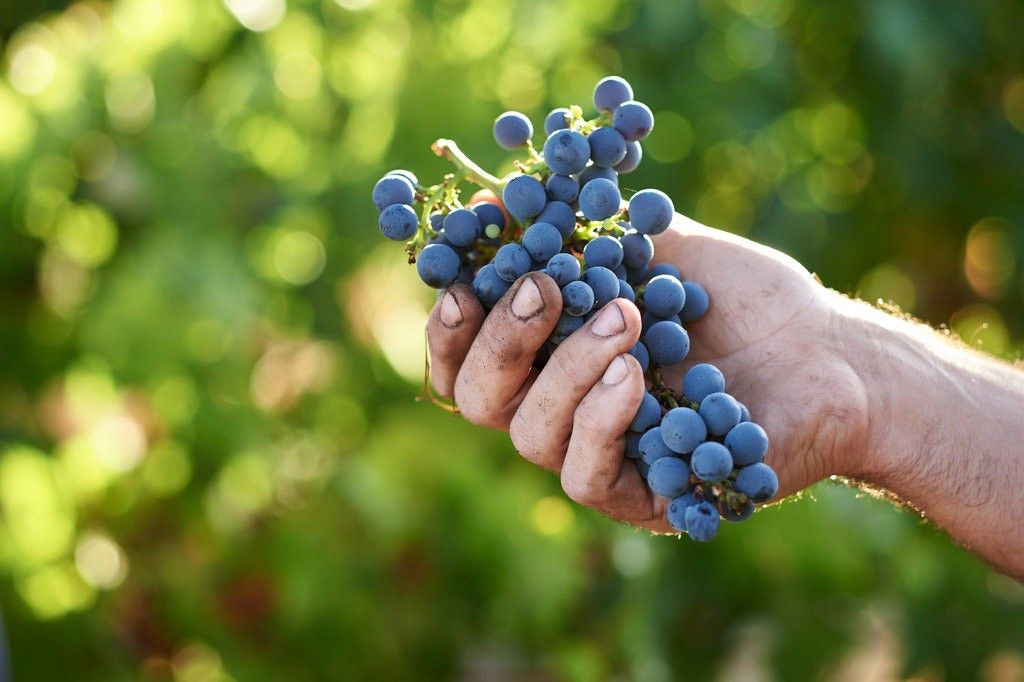