When we first discovered Simone's work we were so inspired by his ability to make a single-use plastic bag thought-provoking and... attractive! We spoke with the designer to understand why he undertook this project and how it has helped the public discourse around plastic bags. Read on to find out how Simone has stayed true to his vision throughout the project, which designers and architects have inspired his desire to advance public understanding about our environment, and how his mother has influenced his own sustainable behaviours.

For starters, could you introduce yourself, and the type of art you create?

My name is Simone, I am from Milan and I am a designer. I originally studied product design but I started working in the Milanese fashion system as a set-designer, prop stylist, and installation designer. Here in London - before the first lockdown - I held a position as an interior designer for B&B Italia. I have always had a great passion for art and although I studied design, I immediately started creating artworks both by hand, and through the computer aided design programs that I was introduced to in my courses. In 2017, I started using digital collage as my main tool of expression, imagining new surreal scenes, building on photographs I’ve taken from around the world. 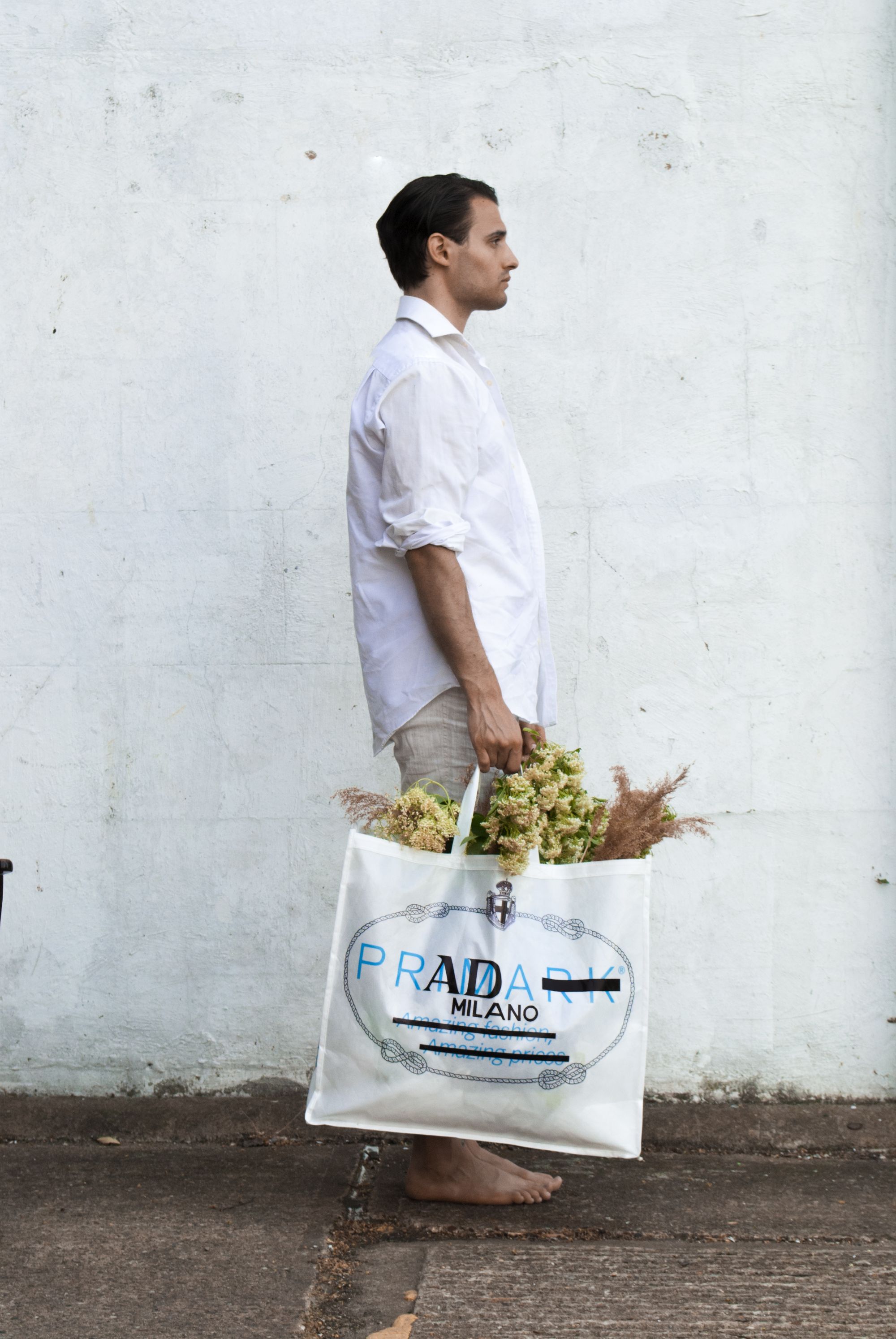 Could you talk a bit more about your art project elevating the plastic bag and what inspired you to start this project?

I have been writing thoughts and notes on brands for a couple of years, sometimes playing with their names, sometimes associating them with more critical reflections on their values in society. During the first lockdown, when we were only allowed to go to supermarkets, I realised how much man's sensitivity had not changed, even in such a critical moment. Plastic bags were still dominating the sidewalks or the trees’ branches. Moreover, I noticed that all the customers at the off-licence were still asking for new plastic bags, without making the effort to bring a bag from home, despite living minutes away from the shop. I looked for a way to turn the plastic bag into a luxury and trendy object, to encourage everyone to reuse it, even toying with the idea of a status symbol. Working with this idea, I created designs using mashups of mundane names, and the most desired brands. The raw materials were the collection of plastic bags that each of us has in our own house, and I then created the designs freehand, with a black marker. It fascinates me that our relationship with designer brands makes even their packaging a desirable object, which encourages re-use, and sparks new thoughts about our relationship with plastic. 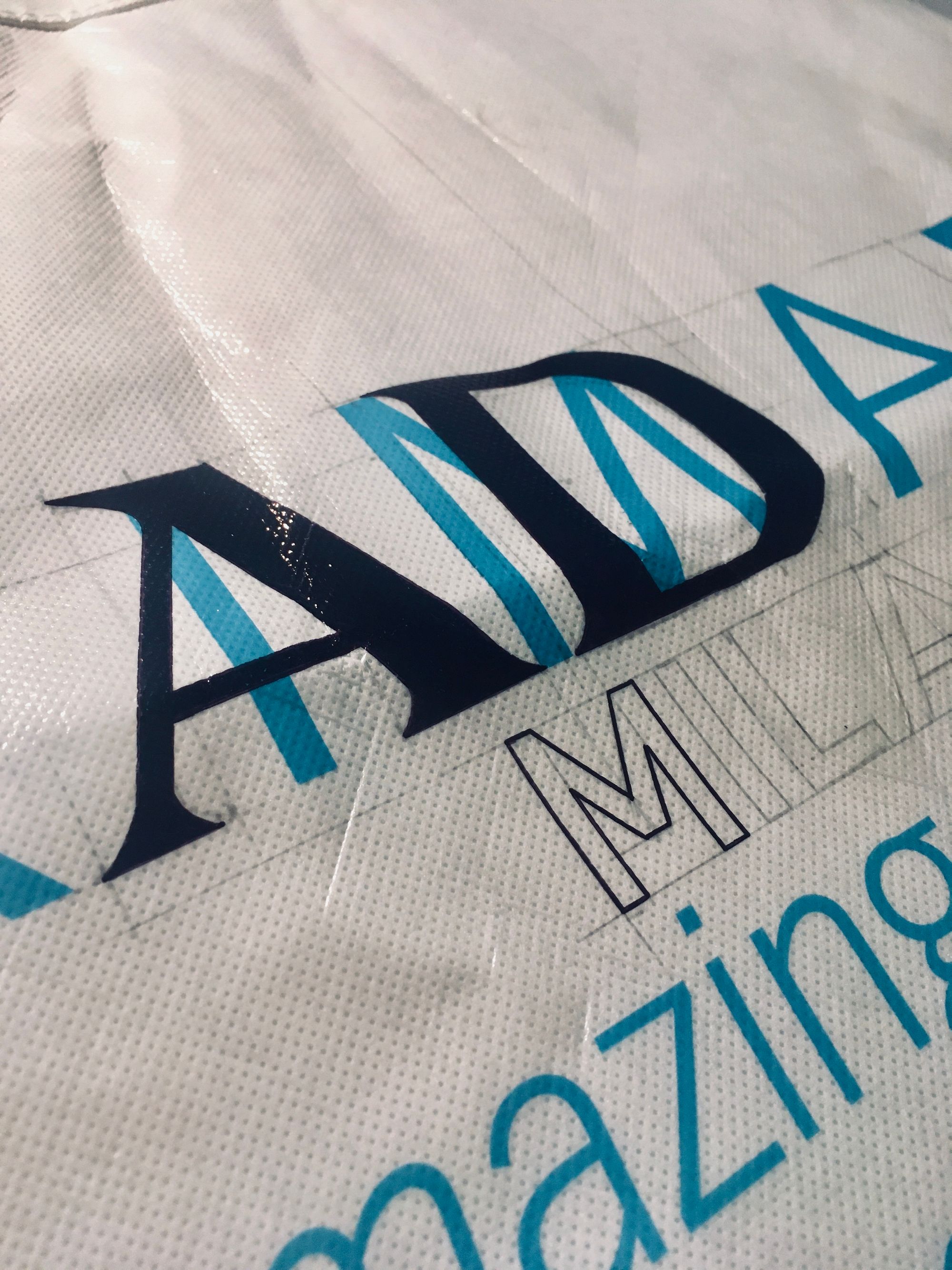 Although every artist wants their work to be seen by as many people as possible, I had to refuse this offer.

How have people reacted to the project since its inception? What kind of feedback have you gotten from the public?

While a good amount of people were able to connect with the message, there were several others who missed the message entirely. First of all, there were some people - the majority I would say - who just laughed at the contradiction, of associating luxury brands with mass-market goods. Then there was the reaction of the people who are into design and fashion who appreciated my artworks, to the extent that some people from around the world asked me if they could buy them, or exchange them for some of their artwork. In fact, the owner of a Burberry vintage shop in London, asked me if I could produce them in bulk. I found this unsettling, as to create a large amount of these bags would necessarily involve me purchasing large quantities of new plastic bags! Although every artist wants their work to be seen by as many people as possible, I had to refuse this offer. It would be barbaric to stock up on new plastic bags to decorate them, and it would completely go against the principles of my work. I am currently working on a way to spread the message of this work, without invalidating its aim. 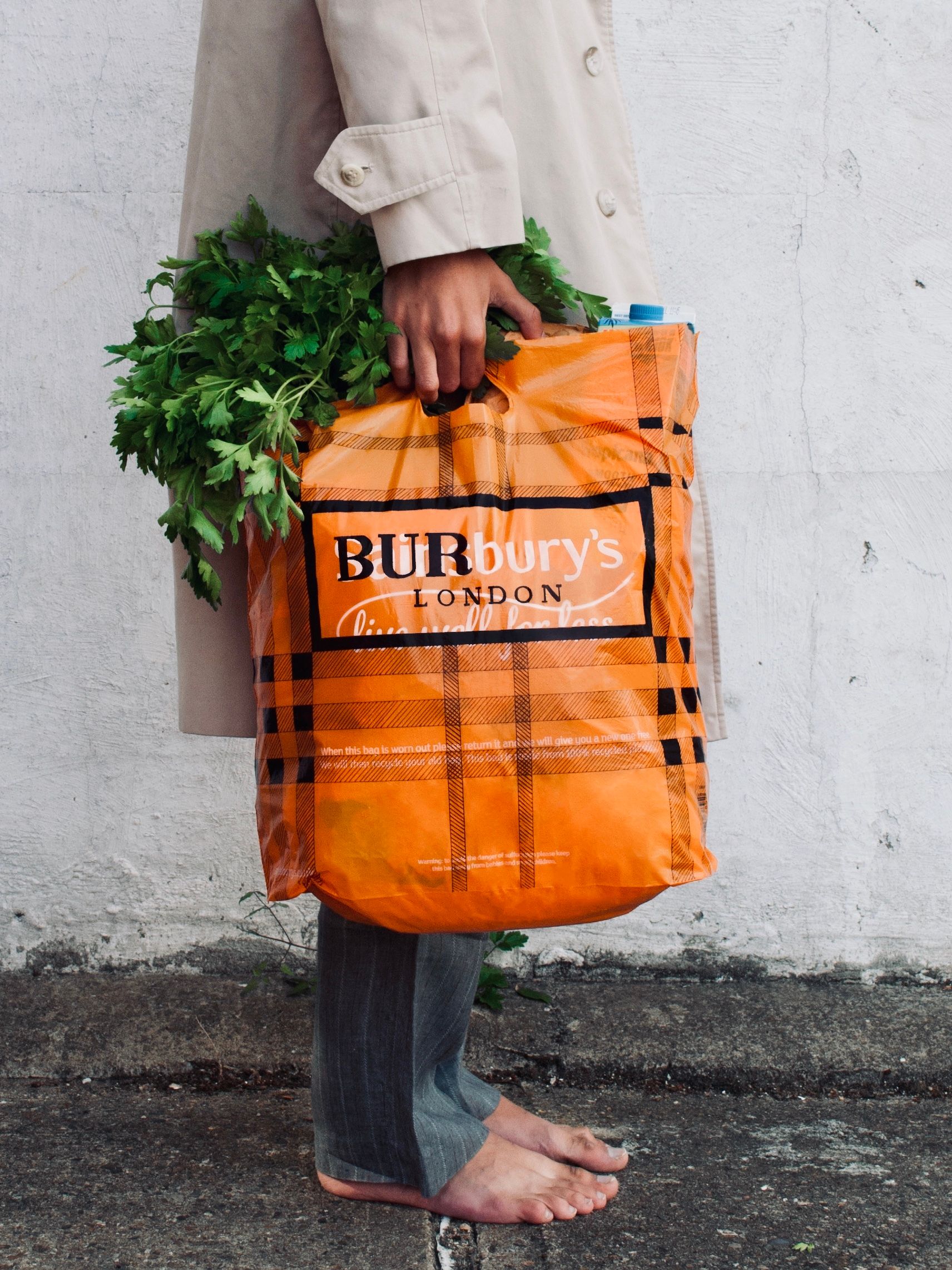 This really showed me how making an emotional connection through artwork, can inspire people to be more aware of climate change, and encourage them to join the fight against it.

What role do you think art plays in the fight against climate change?

I believe that art has always played a fundamental role in human education. However, there is certainly a problem with elitism, and I think that art can leave a mark only if it can reach everyone. Street art is an excellent example of communication between artists and masses. It may happen that you walk around London, turn the corner and see graffiti that makes you stop and think, it can also change your mood for the rest of the day, and your thoughts for the rest of your life. Another kind of effective art is installation art.

I remember last Christmas when Project Zero created a spectacular under-the-sea installation above Carnaby Street. While I was walking with my mother she was completely ecstatic, with her nose in the air the whole time. At one point she said "Those jellyfishes are made with bubble wrap... wait a minute everything is made with recycled materials!” From that moment on, her eyes changed, as she engaged with the message, and connected the terrible effect our plastic waste has on the oceans, with the plastic used in our day to day lives.  This really showed me how making an emotional connection through artwork, can inspire people to be more aware of climate change, and encourage them to join the fight against it. 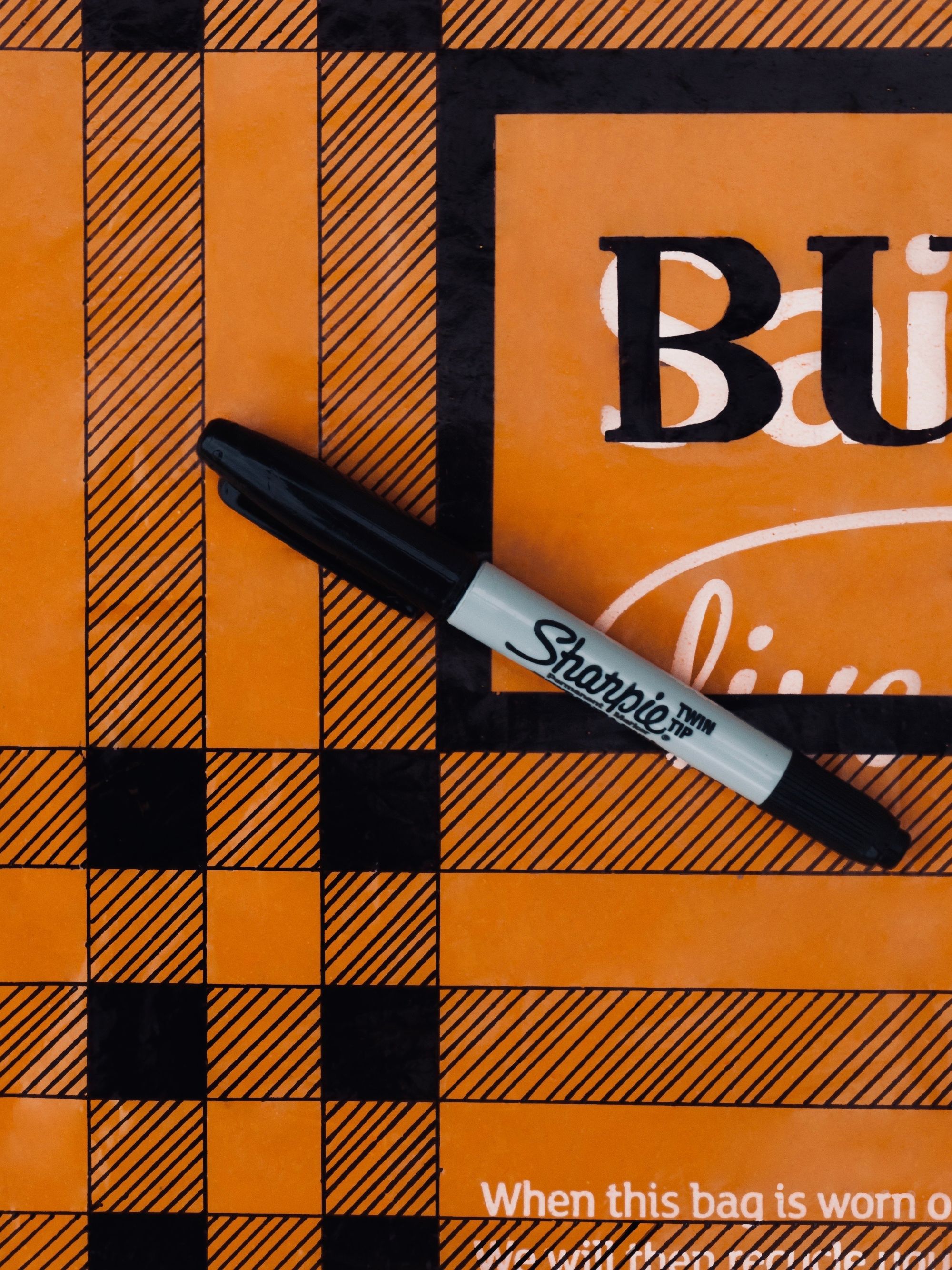 Are there any disruptive art projects that inspire your work?

The projects which most inspire my work come from the world of design and architecture rather than the world of art. I’ve always been extremely attracted to people who think outside of the box and have been misunderstood at times. The Radical Design movement of the 60s and 70s for instance is one of my greatest inspirations and it has definitely influenced my way of thinking. The projects synthesised in the “Superchitettura” exhibition by Superstudio and Archizoom in 1966 were not only visions of an unrealisable architecture, but they were a criticism of society, and highlighted a need for change. I think it was no coincidence that this exhibition took place only two years before the infamous worldwide protests of ’68. During this period, artists, as well as architects and designers, were usually involved. In this way, design became the tool by which the artists could express their thoughts, their emotions, and it was not just an expression of pure functionalism.

In 1969, Gaetano Pesce designed the UP5 armchair with clear references to the woman’s body. The chair was a critique of the hard life that women had to face in society, and it is very interesting that this thought was injected into an object put into production which could enter everyone's homes. In 2019, an 8 meter tall sculpture of the UP5 chair was installed in front of Milan’s cathedral during Design Week in April. The sculpture was stabbed with lot of pins to denounce the condition of oppression of the women in many parts of the world, in our contemporary era. The reactions were various, some people agreed, some were indignant, but certainly no one was indifferent. Some feminists dropped paint on the sculpture because the woman was associated with a piece of furniture. Pesce was happy with all the reactions. 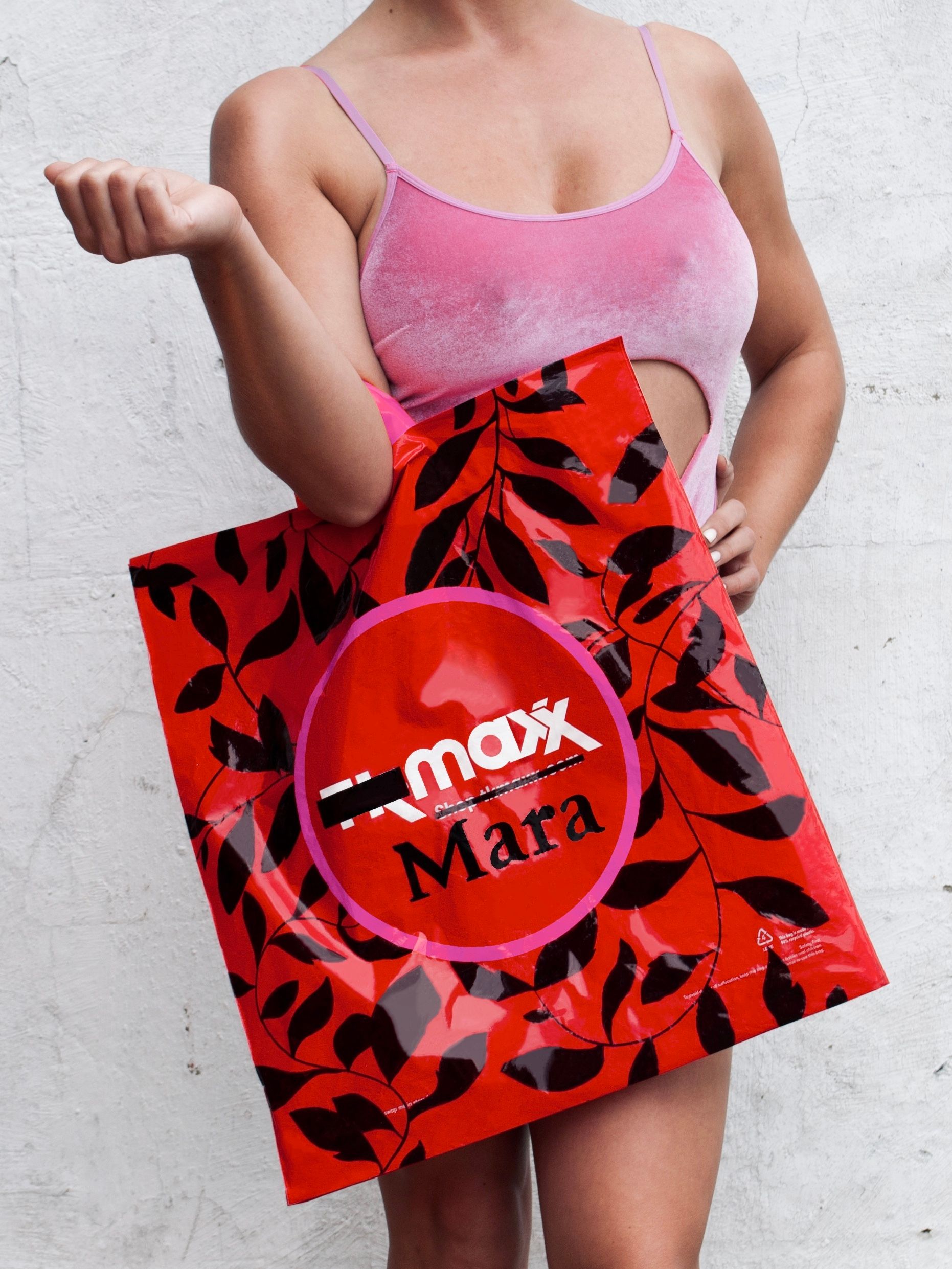 While I recognise the individual consumer definitely has a role to play in fighting climate change, we can’t forget the contribution of multinational corporations, and while their business practices continue unchanged, no amount of sustainable consumers can undo the untold damage they’re responsible for.

wherefrom is building a community of conscious consumers, what’s something you do, as an individual, to lead by example in the realm of sustainable consumption?

I've never been too extreme, but I try to do a little every day. There are two things I care more about: fair trade and recycling. Both have been taught to me by my mother since I was little. She has never bought brands from multinational corporations, and above all she boycotted Nestlé because of the milk powder scandal in Africa. She always supported the fair trade market. Even today, I pay particular attention to the origin of what I buy at the supermarket, looking at the country of origin and getting an idea of the environmental impact that these may have (I also try to buy only seasonal food). I stopped buying fast fashion when I was 16. Most likely 95% of my clothes come from vintage stores or charity shops, and even then I am careful of where they were made. As for recycling, I don't even think there is a need to discuss it. It’s such a normal and easy thing to do, which takes just a little effort, but can definitely make a difference.

Thanks to my degree in product design, I am able to analyse the life-cycle of all the products I buy and use, from their production to their disposal. I always try to live by leaving the least amount of garbage behind me, and when possible, to recycle it. I recently read an article on The Intercept which talks about the export of tons of waste from developed countries to those of the Third World. Our society still doesn't care about the garbage it produces, and it’s tremendously sad and unfair that in the poorest parts of the world there is probably a little girl who collects our rubbish instead of going to school. While I recognise the individual consumer definitely has a role to play in fighting climate change, we can’t forget the contribution of multinational corporations, and while their business practices continue unchanged, no amount of sustainable consumers can undo the untold damage they’re responsible for.